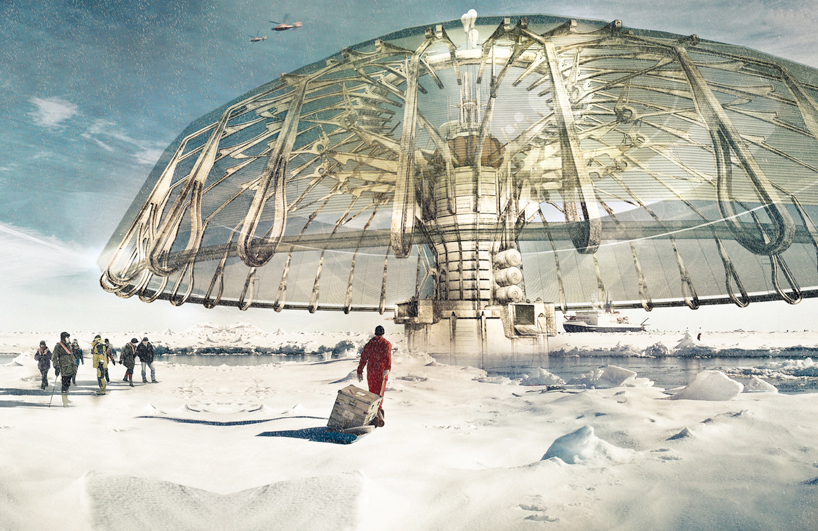 As the polar ice caps reduce in size due to anthropogenic climate change, new and innovative ways to combat environmental degradation are being considered, embracing a future of positive change. One of the many winners of eVolo’s Skyscraper Competition, the Polar Umbrella Buoyant Skyscraper, is designed to not only change the way we see architectural infrastructure, but also change the way we combat climate change.

Designed by Derek Pirozzi, the Umbrella Skyscraper isn’t simply a futuristic environmental experiment, but would also provide research labs, energy harvesting power stations, housing units, and habitation for wildlife surrounding the vicinity. Its umbrella structure is specifically designed to reduce heat gain within the northern and southern arctic regions by absorbing the ultraviolet rays from the sun, while also using it to produce thermal energy via solar panels attached to the outside. Not only that, it would also accumulate the abundant supply of saline water beneath the caps using an osmotic power station within the structure’s core, resulting in the regeneration of thick, protective, ice shelves.

Each structure would be meticulously placed in regions most affected by the increase in ice cap temperatures. Eco-friendly tourist destinations would also materialize as a result, in the hopes that a spark of inspiration will arise for people to be equally creative in protecting the one planet we have (for now).

The piping system that surrounds the umbrella-like structure would be made up of polyethylene and be used to help pump the harvested sea water to and from the osmotic power station. The composition of the structure would be made up of carbon based zinc coated steel, allowing the structure to not only provide durable coating while submerged in salt water, but also provide necessary protection from extreme atmospheric conditions known throughout the arctic.

The top of the canopy would contain an emergency helicopter pad, alongside a catwalk for those visiting, living, or working inside. There would also be several weather balloons placed at the apex of the structure to help collect temperature readings, wind speeds, humidity, etc. Boasting several stories above the arctic shelf, each section would acquire its own necessary function. The length of the entire structure, alone, woud come close to a similar height as that of the Empire State Building – 433 meters (or 1420+ feet). 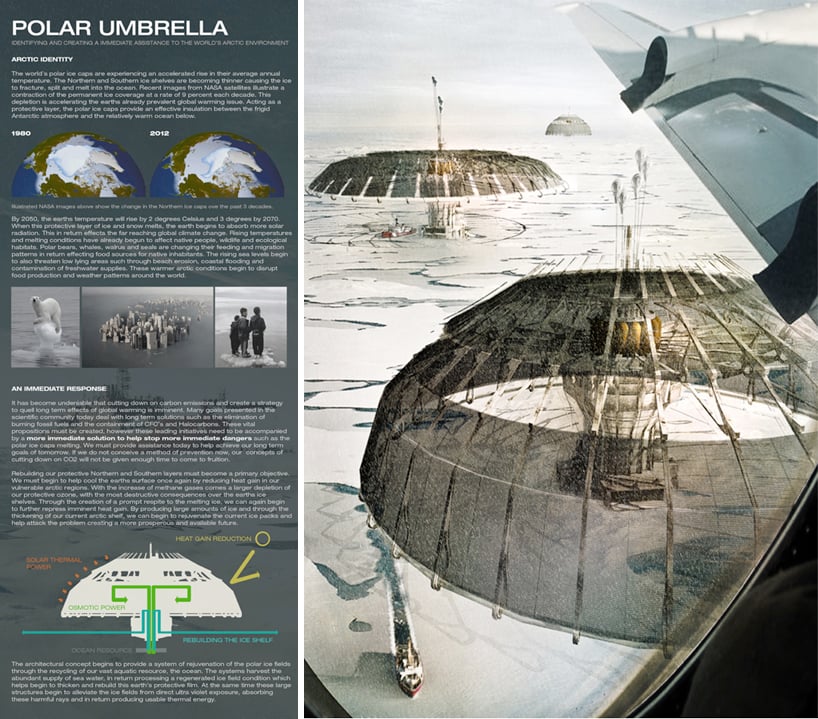 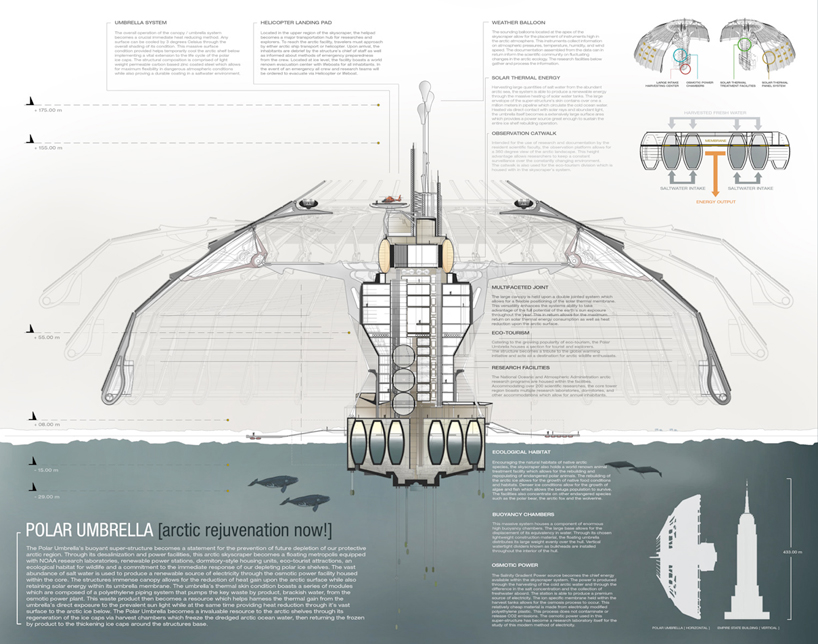